Looking to give your early reader a foundation in phonics? Or do you have a struggler who needs to work on blending, phonemic awareness, or auditory processing? Our flashcard set, with a funny character for each of the phonetic sounds in English, provides a unique and FUN way to work on these crucial skills. And all from your kitchen table! Game recommendations included in the deck.
Buy on Amazon (EU)

How to Use the Flashcards

Put 3 cards down in a row and ask your child to sound out the characters and tell you what word you have created. Then it can be their turn to create a word for you!

Once you can make little words with the images, you can start building phonemic awareness by swapping the cards to make new words. For example, put the monkey, ant and toad down. Then ask your child to change one of the cards to make the word ‘made’.

If you notice your child sometimes confusing vowel sounds, then this is the game for you! Select two vowel sounds, and then select an additional 3-5 consonant sounds. Then, work together to create as many different words with those sounds as possible.

It’s okay to create nonsense words! The goal is to get them engaged with manipulating those vowel sounds so that they become more deeply embedded.

My daughter found the  characters hilarious, so memorised their names very easily. Each character represents a sound, and she also cottoned on to this pretty quickly. With the card games she’s been sounding out and building words easily, something she usually struggles with. Can already see it’s helping with her reading. Great product!

We are doing the Easyread online system, and I purchased this card set to help my son learn his Easyread characters. I really like this system because the characters are fun and easy for kids to remember, and they really do seem to help my son work on learning how to read by decoding words. The card set itself is actually very nice – the cards feel great in my hand, just like a professional deck of cards, and my son loves to play with them, shuffle them, and make up his own phonics games! 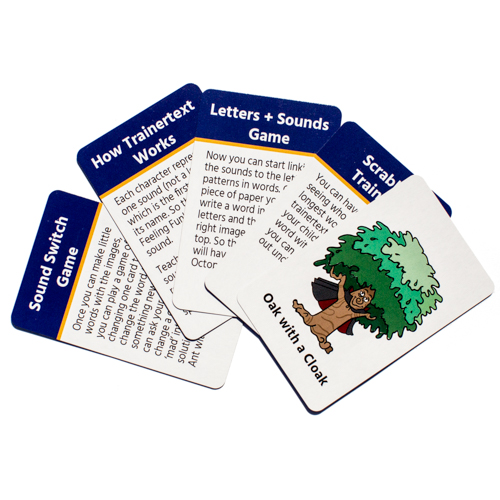 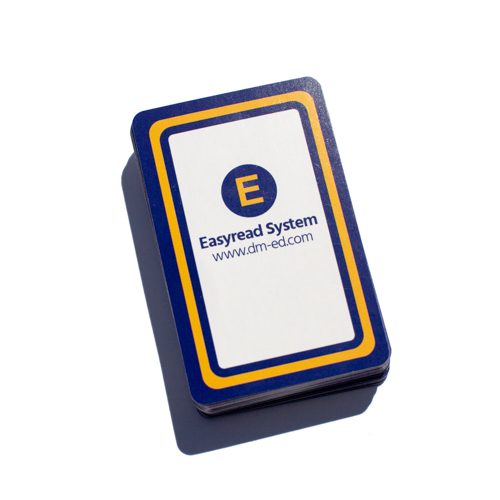 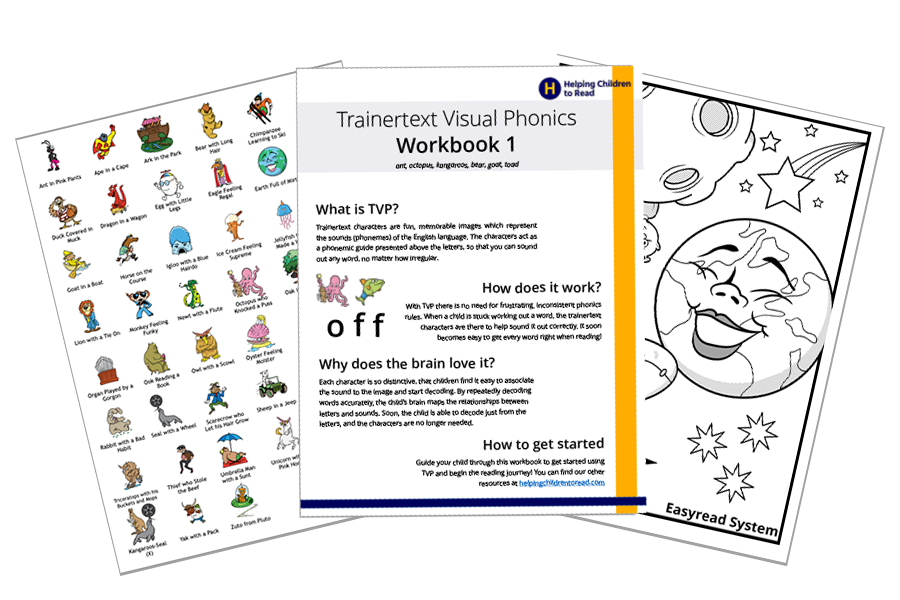 Test 10 lessons free, including an assessment with a reading specialist. For strugglers ages 6+

Worried about what is causing your child’s reading difficulties? Use our free diagnostic tool to pinpoint the cause.