If you’ve seen your child flip her “b” and “d”, you’ve probably worried that it’s a sign of dyslexia or future reading issues. This common notion has been popular for decades, but is it true? Will a child who flips b and d struggle with reading for the rest of their lives?

The answer, quite simply, is “No”. In our work with the Easyread System, we help thousands of struggling readers. Many of these children flip both letters and words when they begin working with us. However, we routinely see these same children become good readers and good spellers. And that flipping that was so problematic? It fades away over a period of weeks or months.

So why do some children flip their letters and what does it mean? The answer is tied up in how our brains work. Below, we explain the underlying neural processes that lead early readers to flip their words and letters. We also discuss the reason why some older readers might continue to make this mistake, and provide a simple solution to help your child overcome their struggles.

Reading and the Brain

When we read, we use our visual system to perceive the letters on the page, and then we use our auditory system to understand the sounds they represent. When our visual system is still undeveloped, it can be easy to flip letters or even mirror write (write from right to left instead of left to right). Maryanne Wolf, a Tufts professor and the director at the Center for Reading and Language, explains that this is because our brains are not “pre-programmed” with the right circuitry to derive sounds from written words. Instead, our visual systems are designed to understand objects.

So what’s the problem with perceiving words as objects? Quite simply, words are not objects – they are strings of letters that represent the sounds in each word. The direction of that code is essential.

Have you ever seen a Woc?

From the time we’re infants, we know that a horse is still a horse, no matter how we flip it. Neuroscientists have a fancy name for this way of perceiving the world; they call it orientation invariant object recognition, and that process helps us recognize everything from the faces of the people we love to the vacuum cleaner we keep shoved in our closets. If you’ve ever tried – and failed – to trick a picky baby into eating broccoli by flipping it around on her plate, then you’ve seen this process in action. Likewise, no matter which direction you flip an ugly couch, it will still be just as ugly.

But that idea, that an object keeps its identity regardless of orientation, isn’t true of the written word. When you flip letters and words around, they lose their meaning. For instance, b becomes d and “on” becomes “no.” As a result, when children learn to read words, the neurological processes that kept them safe from that broccoli in infancy can cause some confusion when they learn to read.

Here is an example of how text is different from objects. The cow remains a cow, but the sentence changes completely when flipped: 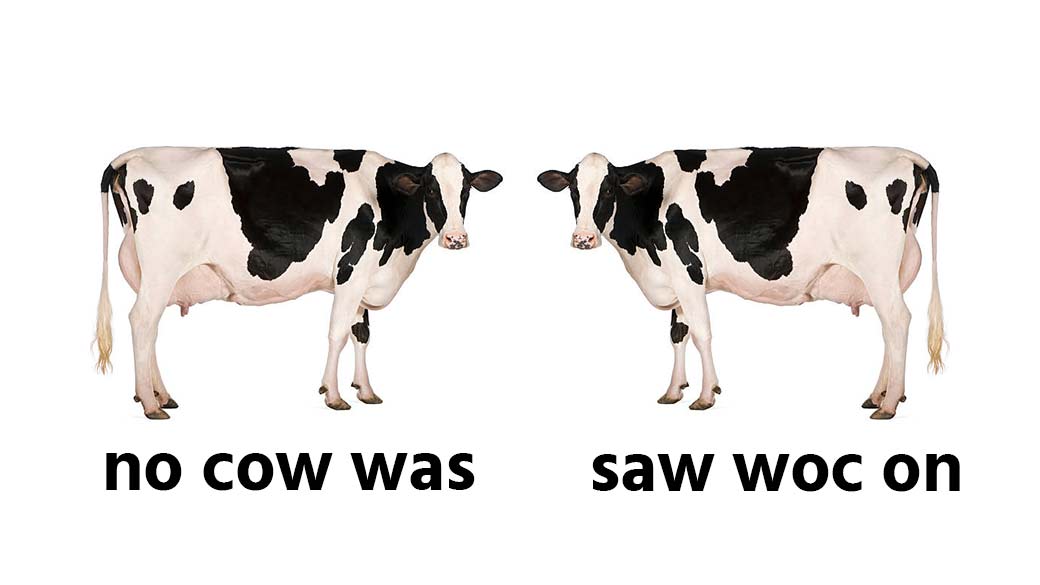 In order to read, we have to co-opt the parts of our brain that were designed for object recognition and rewire them so that we can read words. This rewiring happens when we learn to recognize the letters in a word, understand the sounds those letters represent, and sound them out as a spoken word. This process is called decoding, and it is fundamental to learning to read.

How our brains change as we become expert readers

Many prominent neuroscientists refer to the part of our brain we use to connect letters to sounds as the Visual Word Form Area (VWFA). When we learn to read, we start developing this area in our brains, which is instrumental in allowing us to see and recognize words almost instantly.

The VWFA does this by forming a link between the visual cortex representation of the letter patterns and the auditory cortex representation of the sounds in words. The VWFA not only stores the mapping between these two sets but also knows the most likely relationships. For instance the letter A can have eleven different sounds, but some like the /a/ in ‘ant’ and the /ay/ in ‘ape’ are much more common than the /oi/ in ‘lawyer’ or the /o/ in ‘what’.

Modern neuroscience has shown how the visual word form area changes and develops as a child learns to read. When neuroscientists used functional MRIs to look at the brains of early readers and expert readers, they could see clear differences between the two different types of readers, and these differences are most notable in the visual word form area. While novice and struggling readers tend to have low activation levels in the Visual Word Form Area, people with both advanced reading and spelling show strong, consistently high activation patterns in this brain region. 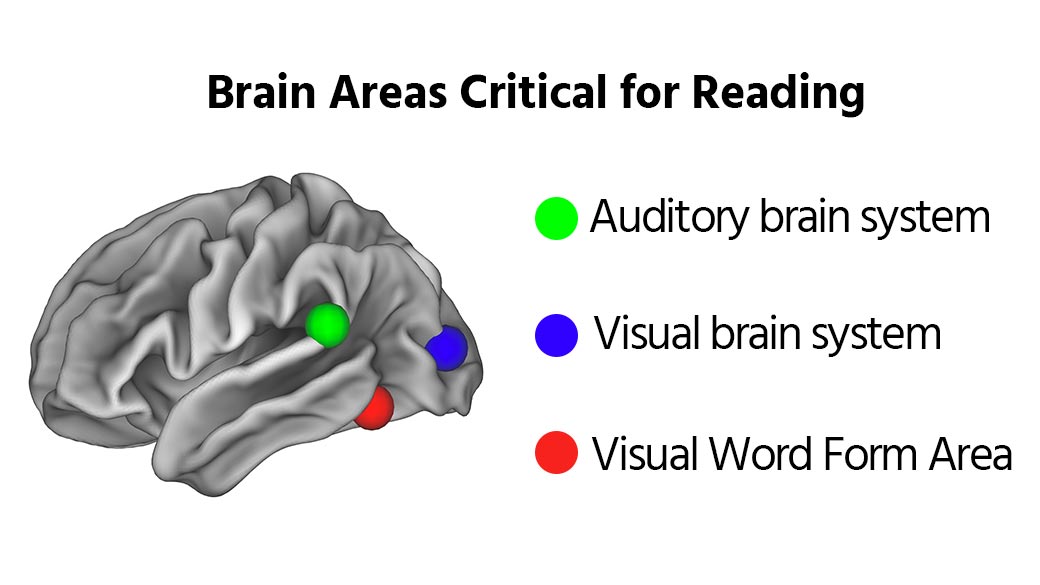 Even more noteworthy, when struggling readers received an intervention to improve their reading by learning to decode words, the change in their decoding abilities was mirrored by corresponding increases in visual word form area activation, such that their brains more clearly matched those of normal readers.

As we become more advanced readers, there are several other fundamental changes that happen across the systems used to read. For instance, in the early days of reading, the decoding of long words is often challenging, but as the reading process becomes automatic it moves from the conscious, declarative memory systems into the subconscious, procedural memory systems. Also, the process of learning to read tends to improve the short-term auditory memory too, which also helps with the processing of longer words.

When children do not develop a decoding-based reading strategy, they struggle to take the first step in this process of reshaping their brains to become expert readers. As a result, they often continue to display letter and word reversals well beyond their first years of school. These learners persistently flip their letters, both when they read and write. Likewise, some older dyslexic children and adults still flip their bs and ds, confuse “on” with “no”, and mirror write and read.

In all of these cases, the persistent reversal of letters and words is a key indication that the child or adult remains, in effect, well below their potential ability in reading. Instead of decoding words, these learners try to memorize entire words as objects, much as they might learn to recognize a fancy car or a breed of dog. As a result, their visual word form area remains undeveloped and they continue to perceive letters and words as orientation invariant objects.  Leonardo da Vinci was a classic example of this. He was famed both for his ability to write in reverse direction and his terrible spelling.

At Easyread, we refer to these children as optilexics. Optilexia is not a disorder, but simply an ineffective reading strategy. Because the child has relied on a whole-word sight reading strategy to memorize large numbers of words by sight, instead of learning to decode, that child often will continue to exhibit the letter and word flipping that is normally limited to early readers.

The characters appear above the words until the child becomes a proficient decoder. Pictophonics gives children who struggle with orientation variance an easy way to practice decoding until their visual systems develop. By using the characters to decode words, they quickly become more proficient readers. As decoding becomes the primary reading strategy, even learners who have struggled to keep letters and words straight in the past eventually overcome their challenges.

Got a Word-Flipper? Try Easyread 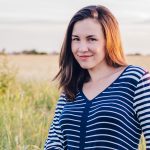 Laura Gordon was a lecturer in English literature at the University of Maryland and editor for Public Health. She is a mother of three children and a former Easyread System manager for David Morgan Education, supporting children and their parents on the journey to confident reading and writing.